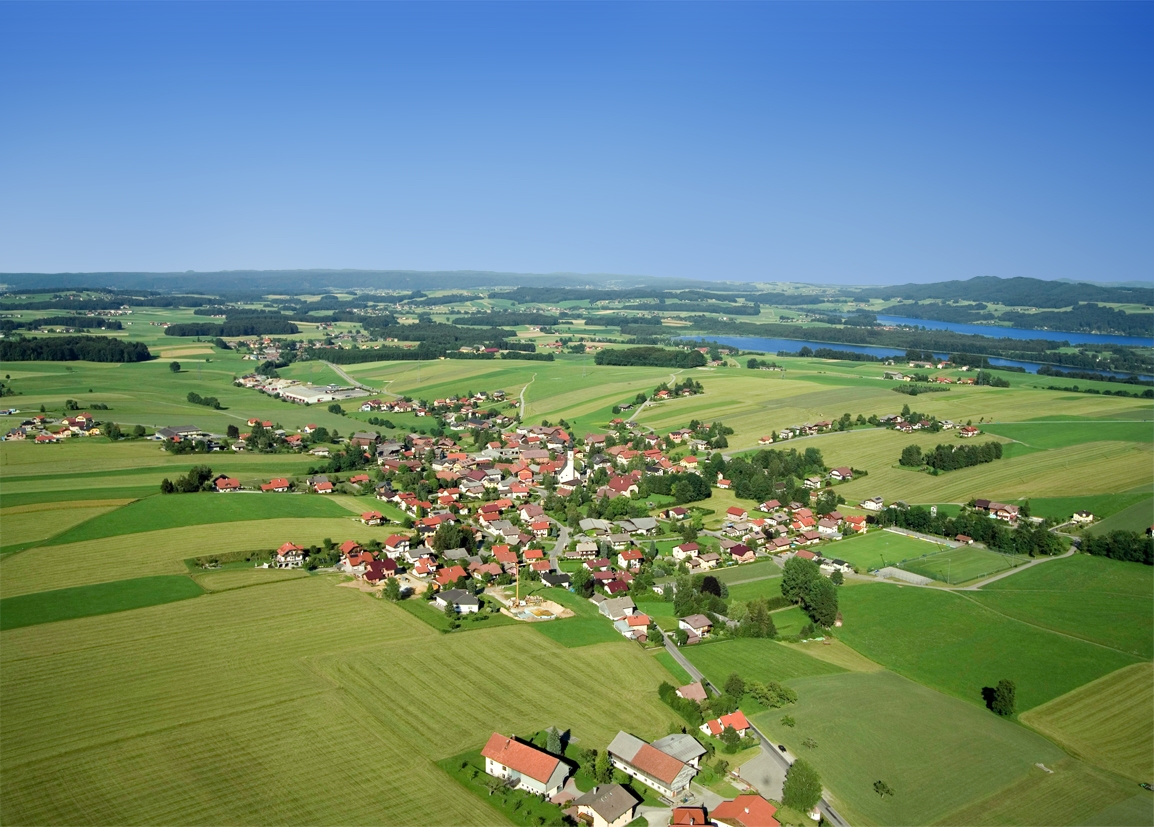 Berndorf is closely connected to Franz Xaver Gruber. Gruber was not given the position of the Sacristan in Oberndorf in 1927, so he when the “sovereign school, sacristan and organist service” was re-awarded in Berndorf had to be replaced a year later, Gruber was given that position. A year later, in 1829 Gruber started his work in Berndorf. With his second wife Maria, a former student, and their three-year-old son Franz, he moved into the sacristan's house, Berndorf No. 3 (since 1953 the house no longer exists). Their children Anton (1829), Maria (1831), Elise (1832) and Amalia (1834) were all born in Berndorf.

In 1835 Gruber moved to Hallein and became choir regent and parish organist in Hallein, which he remained until his death in 1863.

In addition to the school class and the sacristy, Gruber's workplace in Berndorf was the organ, with a view of the high altar. Today, in the middle of this high altar stands the late Gothic figure of Mary with the child (from the late 15th century), accompanied by console figures of Mary's parents, St. Joachim and St. Anna (mid-19th century).

This group was the motif of the 2019 Silent Night stamp.

As a reminder of Gruber's time in Berndorf, the "Berndorfer Franz-Xaver-Gruber-Singen" has been held every December since 2000. The proceeds of this high-quality and atmospheric Advent singing in the auditorium of the Berndorf elementary school are dedicated to a good cause every year.

On October 5, 2018, the Franz Xaver Gruber memorial on the cemetery wall - on the site of his former home - was unveiled by Governor Wilfried Haslauer and Mayor Josef Guggenberger. The memorial was designed by the sculptor Peter Schwaighofer from Kuchl and shows Franz Xaver Gruber sitting on the cemetery wall - as a symbol of his extensive musical work with guitar in hand.

The municipality of Berndorf is 548 m above sea level, at the foot of the Haunsberg and has an area of 14.5 km². It has a population of almost 1700 people all living in just 680 households. The Grabensee nature reserve is located in the area. The Bear Fountain, built in 1698, in front of the rectory refers to the place’s name: named after the “Strong Bear”, a Bavarian freeman, Pero “Berndorf”.

Berndorf was first mentioned in 789 and the church around 1130. Around 1440 the current parish church "Maria in den Erlen" and the Anna chapel were built in late Gothic style. A special feature is the 2.5 m high Madonna on top of the church tower. Many pilgrims came to Berndorf to seek help and protection from the Radiant Madonna.

Via Nova Pilgerweg in Berndorf