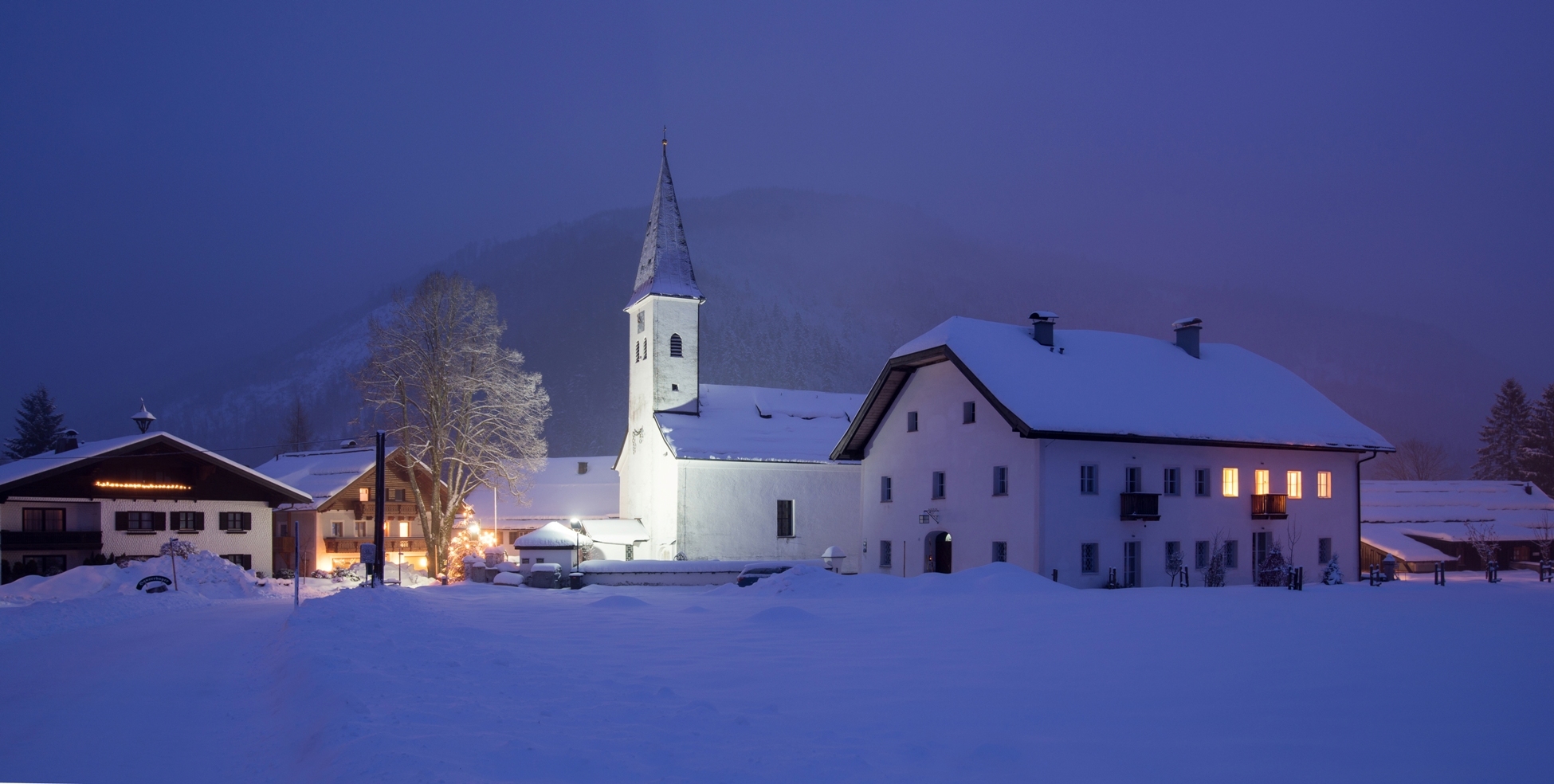 The priest Joseph Mohr moved to Hintersee on December 19, 1827. It was the first parish that he managed independently as a vicar. Someone at the time attested to his kindness, love of peace and popularity. Mohr lived here for almost ten years before moving to Wagrain on February 14, 1837. There are numerous oral traditions in circulation about his life in Hintersee but they have not been documented, one such popular story tells that he was said to have repeatedly bought meat from poachers to give to poor families with many children. Mohr was reported and came into conflict with the law over this.

On June 17, 1828, Archbishop Augustin Gruber made a visitation. He noted: "The registry management has been in order since Mohr took it over." Vicar Mohr had told him that the Hinterseers were not morally corrupt, only in summer, when “many foreigners stay in the Alps who cannot be supervised by the police, is Hintersee a place of sin.”

A memorial plaque and a Mohr portrait in the church, a bronze sculpture on the cemetery wall and the Joseph Mohr House pay tribute to the lyricist of “Silent Night! Holy Night! ” in Hintersee.

Mohr portrait and plaque in the church

Hintersee was first mentioned in a document in 700. Duke Theodebert of Bavaria made the area between Gaisberg and Abersee available to the Salzburg bishop as a hunting ground. Hintersee was not settled until the 12th century. Hintersee was subordinate to the cathedral chapter from 1612 until the secularization of the prince-archbishopric of Salzburg in 1803. It was not until 1848 that the farmers finally achieved their independence.

Today 468 people live in the 47.77 km² community (January 1st, 2020). Around three quarters of the area is forested, around ten percent are alpine pastures. The lowest point is in the north on the shores of the Hintersee at 700 meters above sea level. On all other sides, the municipality is surrounded by mountains around 1500 meters high. The highest peaks in the south are the Gruberhorn at 1732 m and the Gennerhorn at 1734 m.